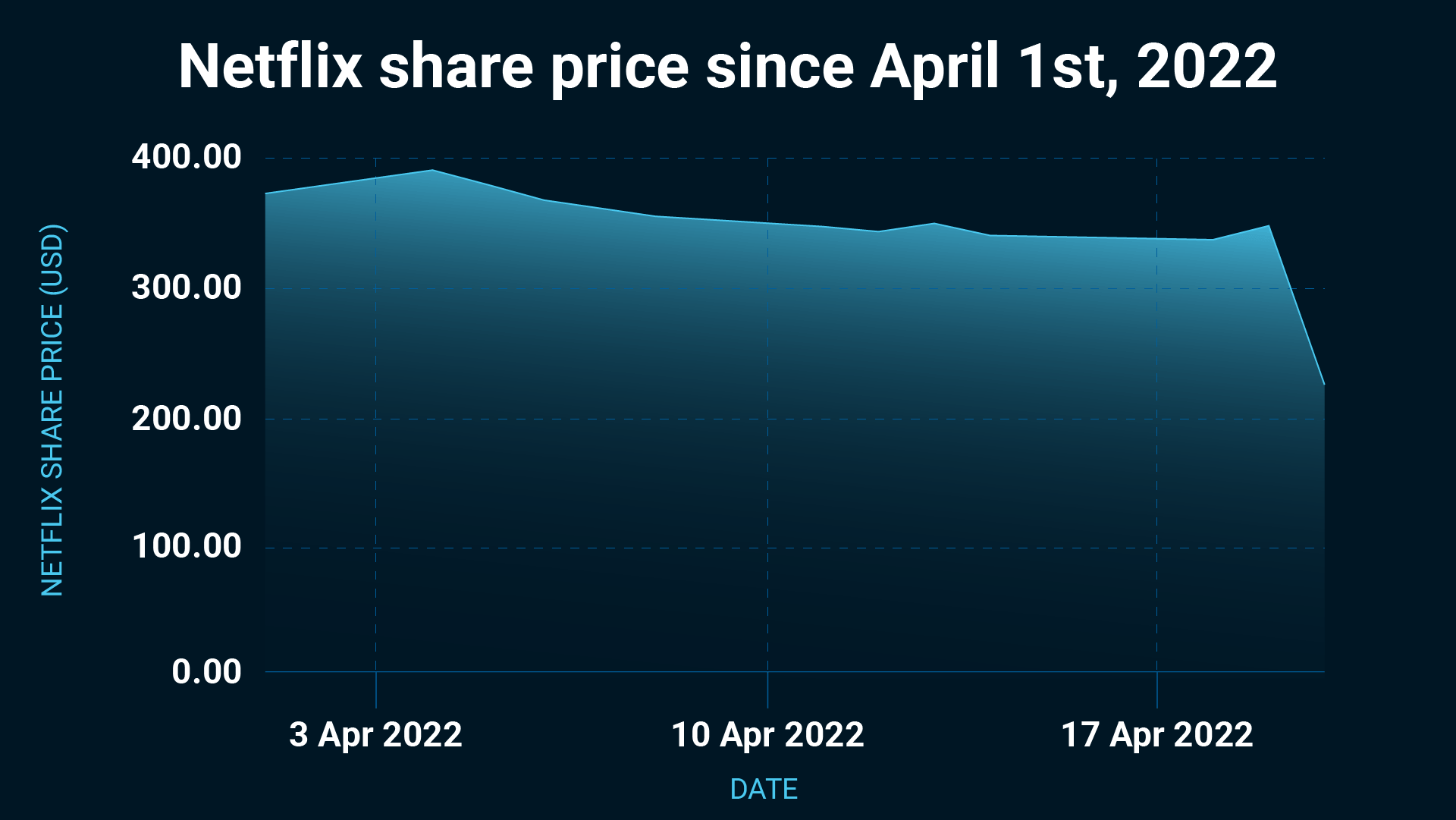 Streaming giant Netflix disappointed investors with the release of first quarter results including the loss of 200,000 net subscribers over the three-month period. The challenge of retaining subscribers is expected to intensify as Netflix anticipates a further 2 million drop off in subscribers over the second quarter.

After ten years of subscriber growth, Netflix’s decline represents a perfect storm for the streaming giant. The company blames increasing competition, password sharing, increasing inflation, and sluggish economic growth as the reasons for the decline, but there is more at play.

The war between Russia and Ukraine is the primary driver behind a subscriber decline, with an estimated 700,000 paid net subscribers in Russia suspended by the streaming giant upon the country’s invasion of Ukraine.

Gradual monthly price increases have also triggered a subscriber decline, with the cost of a Standard Netflix account almost doubling from US$7.99/month in April 2013, to US$15.49/month in January 2022.

Investors now question what the streaming giant will do to recover subscriber numbers in the coming quarters. Netflix co-chief executive Reed Hastings said the company is now considering the possibility of advertising supported content in some subscription tiers.

Meanwhile the company also intends to improve the quality of programming whilst targeting account sharing globally.

Despite the challenge of declining subscribers, Netflix maintains a 45.4% market share globally according to a Parrot Analytics report by Wade Payson-Denney, but this is down from a 55% market share in Q2 of 2020.

Disclaimer
Grafa is not a financial advisor. You should seek independent, legal, financial, taxation or other advice that relates to your unique circumstances. Grafa is not liable for any loss caused, whether due to negligence or otherwise arising from the use of, or reliance on the information provided directly or indirectly by use of this platform.
Related Stories